ok - I am going to be terrible at updating this thing - but oh well.

My wife and I just purchased Black Dog Coffeehouse, and take ownership on June 1, 2008. So excited!

If you're in the area, stop by!

Death to the Doser

I feel that most people would do a much better job in articulating the technical aspects of coffee equipment. James Hoffmann, no doubt, could talk circles around me when it comes to his knowledge of coffee theory and equipment (if you don't believe me, check out www.jimseven.com). So, in light of that, let me pose a more philosophical question. What is the purpose of the doser?

You have got to be kidding me!

Drip coffee is not only the coffee made of the drip machines, but also vacuum pots, French press, and so on. It is good for brewing single orgin beans, specially for arabica beans.

Theoretically, all brewing tools can make the same drip coffe with proper management and control. Essentially, they are same.

Espresso should use specially processed beans, and can be very well tasted. Although in several countries, all cafes serve only espresso drinks, not drip coffee any more.… Continue

About Latte Art, and more!

I was going to say something about this problem, but soon I found a post in some forums about it. The guy who made that post remain in that forum on in Feb of 2007, and dispeared totally after that.

It was clearly stated that "we would concentrated in the quality of the drinks, but not the paintings", or similar. It was not due to the creater of the forums, but the participants to get "those" people having different opinions out of that forum, and shut up to talk about their own… Continue

I'm sitting here in my hotel room in Kampala, Uganda and I can't quite come to terms with the fact that I'm actually here. The sound of croaking frogs covers up any noise from the city down the hill from us. We went about 30 mins. outside of the city to an orphanage/school called "Watoto" today and it was an utterly overwhelming place to see. As I was riding out there I kept thinking about how this was a coffee country. I saw signs everywhere bragging about it, too. All the sights and sounds… Continue

Brazil Carmo de Cambara is back!

As some know, we like to hold cupping sessions on friday afternoons open to anyone. I'll be travelling to Vancouver BC this weekend so I won't be around to hold a session but am planning on the following week.

Between May 21-19th the 2° Argentinean Barista Championship was held in Buenos Aires. 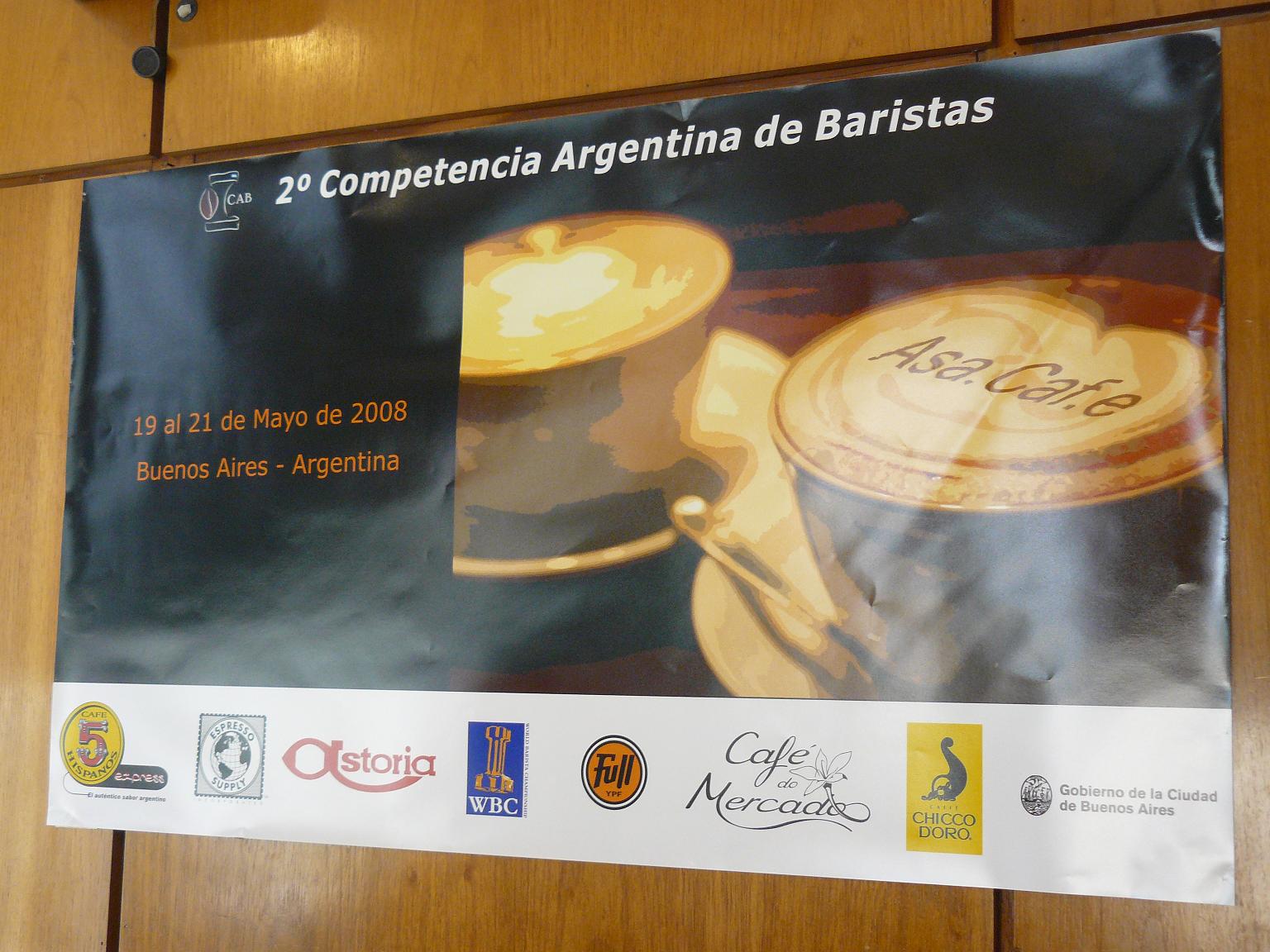 After the event, it became clear (at least to me) that the national championships’ rules should be modified, in those countries where the barista profession is not developed, yet. At least the one that applies to the disqualification of any competitor exceeding the 15+1 minutes.

This year only 7 baristas sign in (last year… Continue

Learn to know if one is in a group or not!

According to the definition of Mr. Le Bon, the members of a group of people normally behave differently as they were individually. Originally they could be very gentle and kind as individual, but after enrolled in a group, they will behave quite differently, much better or much worse.

As an individual, one may mostly care of himself and has his own target or purpose. such as win a game, and so on. If not, it can be a sight of difference. In this case, they may also do something,… Continue

Barista Looking for 2 months of work in Chicago this summer

A good friend of mine is looking for work.

He's a good barista. He pays attention to detail, exhibits excellent customer service, can pour latte art, has a drive to learn more and a drive for excellence.

He's only going to be there for about two months, and he's looking for barista work while he's there.

His name is Andrew McCaslin, and he currently works for Day Break Coffee Roasters here in Lubbock.

Does anyone have any leads? Anyone willing to help… Continue

hello bX'ers. I have decided to upgrade the calendar feature to a full on "events" page. I think you will all find it much more interactive and informative. It is also integrated so that you can invite other members to events, RSVP, comment on, set reminders, etc. This is just one of the many features I am working on.

I am calling out to all members to help add events to this page. I am leaving the… Continue

For those who have not experienced a barista competition, it can be daunting. In fact, it can be overwhelming. The sheer thought of standing in front of stoic, seemingly lifeless judges with their calculated movements and presenting both yourself and your assumed skill as a barista amidst a crowd of coffee professionals can be downright overwhelming. Moreover, the piece of competition often unseen in preparation can be equally stressful due to lost serving ware, malfunctioning whip cream… Continue

I received this email from Jason Prefontaine in regards to the upcoming CPRBC. Cool!

I just wanted to let you know, that we will be streaming the Canadian Prairie Regional Barista Competition, live from Calgary at the following URL:…

There has been some talk of planning a DFW Jam on the tx-coffee.com forums. It seems there is enough interest to actually get something going.

Dallas is WAY past due, and if you'll be in the area sometime around early July, you might want to join in on the discussions.

If you won't be, but are interested in giving suggestions, opinions, or just want to see what's going on, you can get in on it too.…

Are You a "Coffee Ephemerist?"

One of my hobbies adjunct to coffee is collecting coffee-related ephemera. While on staff at SCAA I acquired on behalf of the association a decent little collection of approximately 50 pieces, which includes two hand-written invoices from James Folgers that are over 125 years old. One of my favorite pieces is an 80 year old sales brochure--in fine condition--for roasting equipment.

From the very start of my study about Le Bon's Theory, I thought what we can do even if we learn and know such a situation.

Today, I recognized one application for it.

In China, in most of authority of industries and societies, there are always related "Expert Groups" for making the necessary policies. Such as medical and hospitals, tele-communications, and so on, the member experts of those groups can be intelligent individually but within the groups, even if they are… Continue As existing customres of SP-1 For Coffee by SelbySoft know, we have been spending some serious time upgrading the look and feel of our POS software. While we realize that this is nowhere near as exciting as one of the latte art competitions, WE still get jazzed about showing it off.
Version 7.50 represents a significant re-skinning of our software. Over the last 15 years we have added hundreds of features and listened to our customers by… Continue

Lunch with the Governor Because of our friendship with our attorney, Robert Stolle, my Dad and I were invited to a private luncheon last week with Ted Kulongoski, the Governor of Oregon.

Check it out here:
http://www.baristaexchange.com/group/southeastcoffeefamilyus/forum/topic/show?id=1688216%3ATopic%3A87378