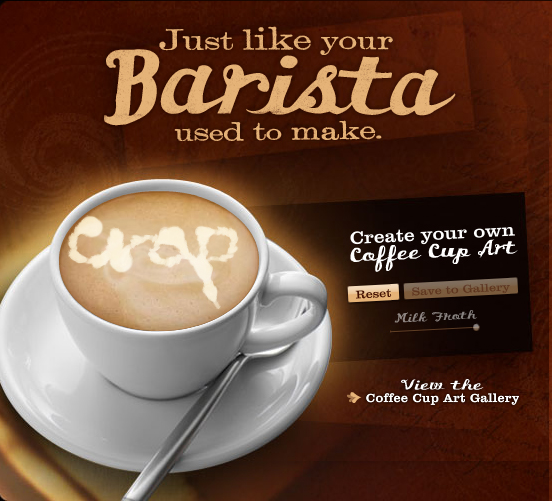 Found this article in Design News, and have heard of this cafe before. Interesting concept but I can see some components that would be up for debate, and may come off a bit gimmicky. Was curious what some other bX'ers thought about this system.

(Excerpt of above article link)If Willy Wonka designed a coffee store, he would likely end up with something like the Roasting Plant Coffee… Continue

I am bummed to be here on the left coast, not in attendance of the NERBC, but and trying to follow along with this weekends events. Yesterday was the semi-finals, 26 competitors I believe.

Last night was the official bX meet up and dance party in Ithaca, and I am waiting to hear how everything went, hopefully some photos too.

I am not a Paper Cup! Staying with the green theme. First, thanks Terry for posting about the spot on TreeHugger, awesome! Keeping in the green theme, I wanted to post about another cup option. Composting cups can be great, but why not take your own cup to your daily java jaunts in style? Instead of the old thermos style mug with political stickers and sharpie doodles, any barista would LOVE to pour you your soy latte into a "I'm Not a Paper Cup" double-walled… Continue

What does Starbucks have in store now?? As some of you may have already seen, Starbucks has plans for tomorrow. With Howard back at the reigns it seems he is pushing to bring the original ideals of the very first Starbucks stores back. As you can see on their website they are promoting a big change tomorrow, 04.08.08.

Thru a couple sources, I have read online that they will be implementing their original logo and original brown color scheme on some in-house print materials and… Continue 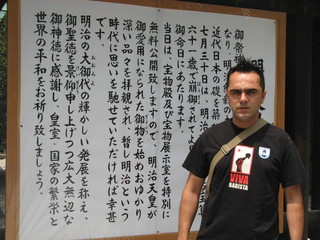 Congratulations to our very own Nik Orosi who is the 2 time Croatia Barista Champion! This will be the second time Nik will compete in the World Barista Championship, to be held this year in Copenhagen Denmark. Nik is well known in the barista community for his unique competition routines and his huge heart. Nik has also shown interest to host a barista in Zagreb, Croatia as part of a barista… Continue

It's always nice to witness good design when it comes to coffee and tea accessories and I found a couple gems today.

For any cafe offering a more traditional sit down coffee or beverage service, you may want to feast your eyes on this smart tray. You may think you have super hero memory powers, but why not make sure with a Notes Tray from Koziol. Just watch out for… Continue 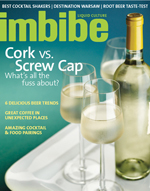 Happy to see that BaristaExchange.com has been featured in Imbibe Magazine's "uncorked" section in their Mar/Apr Issue. If you havn't already checked out Imbibe, it's a great addition to everyones beverage magazine subscriptions also including Barista Magazine and Fresh Cup.

Imbibe is the… Continue

For all the coffee bar owners out there! I wanted to tell you all about a newer class that we are offering at the ABC school called Coffee CFO. This two-day workshop is lead by Chris Legler, whose vast experience and knowledge of finance specifically tailored to the coffee industry, brings an unrivaled expertise to your… Continue

While I was walking to our booth the first morning of the show I spotted the Bite Club booth. Wow, I thought, I jumped on this focused social… Continue

Hi all, I am excited to tell you about The Espresso Quest, the new book by Instaurator.

The Espresso Quest is an exciting tale of an espresso lover’s quest to find the pure joy experienced in a perfectly prepared cup of espresso coffee.

In the Espresso Quest, Instaurator weaves in tales of how he became enlightened to that perfect… Continue

We got a lot of great response from the other thread titled "Going Green in Your Coffee House" and I wanted to follow up with a Part 2 post. I thought it may be helpful to list some products that promote eco friendly buying practices in a coffee house setting.

Compostable White Hot Cups with World Art ... Here in Portland, I have seen a lot of coffee bars switching to compostable… Continue Many of you may have also seen this in the newsletter that was sent out yesterday, but I wanted to officially post about it as well.

It has been great to see the membership on Barista Exchange grow, and I am thrilled that people are using the site to connect with so many others in the industry. During the month of April, we will be having a contest to see who can invite, (and sign up) the most friends. I will be posting more about this in a blog soon. Basically we can track… Continue