We made it! Paradise Roasters' very own Barista extraordinaire, Adam S. Palmer, is competing in the SCAA Midwest Regional Barista Competition. Wish him luck! We are just kicking rocks right now, so if anyone else is staying at the Cheshire Lodge send me a message and we can join for drinks and food.


Best of luck to all!

Our newest Factory Reserve coffee comes from a well-established coffee coop in the Huehuetenango region of Guatemala. Rio Azul Guatemala is grown by the 175 member Rio Azul Coop in the highlands of western Guatemala. All the members of this coffee growing organization live within walking distance of the community wet mill in the small village of Jacaltenango. Officially founded in 1967,… Continue

Since my ultimate goal is have my own coffee house by 2015, I figured I share everything that I learn and my challenges and everything on here.

I also have a livejournal, which documents (sort of) my personal life.

feel free to read along here or @ http://strwbryshurie.livejournal.com

I flew in to Guatemala on Monday and started my apprenticeship yesterday. It's been two very long, very rewarding days. I can't believe how much I've learned already. Yesterday we did a french roast order and a couple of the coffees Mike has in his shop. The Hue Hue Tenango he has is unbelievable. I've never tasted so much chocolate in anything. it's like drinking a chocolate bar it's so rich.
Today we roasted some more and did a little cupping and tomorrow is more roasting and more… Continue

So 2 days ago we try to roasting on automatic Brambati 30 kilo roaster. That was 2'nd time roasting for me & it was unbelievible!!!!!!!!!!!!!!! We roast brazilian santos. But we've notice something strange. Briefly we've 3 temperatures - 1st one in in begining (before we put coffee in roaster, it was 300 C), 2nd one is temperatire at the begining of roasting (it was 375 C until temperature on top of drum do not grow to 190 C), 3rd one at the middle of roasting (it was 320… 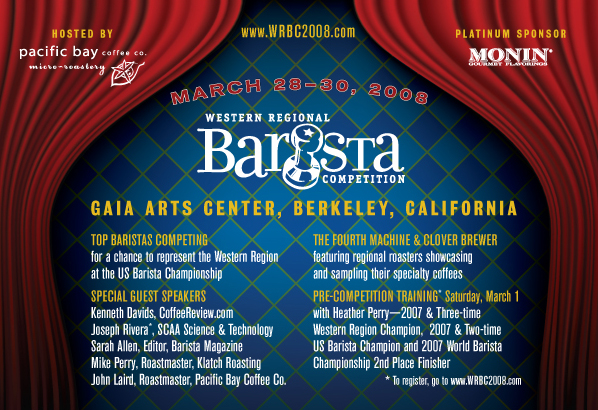 1st ever baristaexchange.com meet up ... Ok all barista exchange members. Thanks to a generous offer from Nick Cho we will be throwing the first ever baristaexchange.com meet up, Friday the 15th of February during Coffee Fest in D.C.

Barista Exchange and Murky Coffee present a night of beer, coffee and mingling starting at 7pm at:… Continue

This morning I drank some espresso made from the el tigre that I roasted darker than the rest. This is a great tasting coffee.

Farewell to a Friend and Mentor

I write this today with profound sadness combined with some tears. As I walked into the office today my son Matt told me about Dr. illy’s passing. The shock still has not set in as at this writing I have had only minutes to attempt to process the news.

My personal association and that of Bellissimo… goes back many many years. When I entered this industry I used his philosophy and his benchmarks for coffee as the Bible of what was right and wrong. He was my ultimate… Continue

I love home coffee roasting. I have 2 Fresh Roast Plus 8 machines that I use on the week-end. I sell green coffee beans to other home roasters but I use a lot for my own consumption. Last week I roasted Costa Rican 'el tigre'. It was a nice smooth coffee and tasted delicious. This week-end I tried Tanzania Ruvuma but I haven't tried it yet.

It is a very sad day for the specialty coffee industry as Dr. Illy, honorary Chairman of Illycaffè, died on February 3rd 2008 at the age of 82. Dr. Illy was one of the greatest minds in the coffee industry and dedicated his life to educating and breaking new grounds in specialty… Continue

This is a bit off the topic of coffee but is interesting. In the coffee industry we have seen this model thrive, and connection between the coffee farmers, the roasters and the consumers is growing quickly. I am a huge fan of education and transparency ... maybe the American Barista & Coffee School needs a "farm liason"? :)

"The Culinary Institute of America (CIA) in Hyde Park, NY has become the first college known to have a farm liaison. Paul Wigsten, the… Continue

After several trips to NYC recently, I think it's amazing what is happening to the NYC coffee scene. What used to be a wasteland of Starbucks and old-school (read-old Italian espresso), has turned into the Third Wave flooding the city with pioneers like Jonathin Rubenstein (JOE), Ken Nye (9th Street), Caroline Bell and Chris Trimbrell (Grumpy) paving the way for Gimme and Cafe El Beit and others. How exciting, to be able to go to one of the most… Continue

I was hoping that the offer of a winter-time warm and dry shop to work in, a fairly competitive wage, nearly unlimited cappuccinos, relaxed atmosphere and pretty good tips would have yielded a few more applicants. It seems that anyone who can lean on a shovel-handle can get $15/hour these days doing construction. Anybody have any tips on recruiting staff?

looking for anybody who is a barista in Missoula Montana...any takers?

Whether you know me or not. The facts cut through the valley fog like this. I work for Barefoot Coffee Roasters. We are located in Santa Clara, California, right next to San Jose for those who don't know. This is all good and well. The Silicon Valley loves us. People will drive from all over the Bay Area to get a cup of Barefoot's fine elixir.

I drive an extra long time for the same sweet coffee love. You see, i live in Modesto, California. "How far is that from Santa Clara?" you… Continue 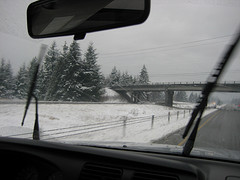 Just flew in from Kona, and jeez are my arms tired!!

Tasted coffee with the Kona Pacific Farmer's Cooperative...and ANDREW HETZEL came to play as well! Can you believe he was actually in Hawaii? He's never in Hawaii!
Mostly we tasted coffees other than Kona. The producers tasted Colombia, Ethiopia (natural), Guatemala, Sulawesi, and Brazil Cerrado. These guys were blown away! Think about it- if you thought your coffee was THE best in the world and then found out all these… Continue

Not Spilling the Beans – Barista Championships 2008


When I got my first job in a coffee shop I thought, “I like coffee, that machine looks fun – how hard can it be?”. I was more worried about burning the food in the café or how I was going to amuse the scary looking emo
teenagers in the corner than what sort of coffee was going to go into that
strange noisy hopper on the worktop. I'd used the coffee machine when I worked
in the pub; it involved sticking a cup underneath and…

Customer Service is Everything!

A quick link to a great compliment.