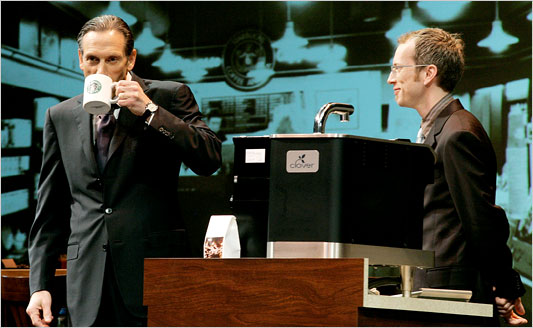 Starbucks Ordered to Pay More Than $100 Million in Back Tips

SAN DIEGO — A Superior Court judge on Thursday ordered Starbucks Corp. to pay its California baristas more than $100 million in back tips and interest that the coffee chain paid to shift supervisors.

So as many of you can tell, there have been a substantial redesign to how content is displayed on the site. Also, there are a lot of updated features! It will take a few days I think to get used to the new stuff, but it is all well thought out and adds a lot of functionality to the site.…

Not sure what to think about this ... still in shock a bit. Will post more later.

Starbucks Coffee Company (NASDAQ:SBUX) today announced that it has entered into an agreement to acquire The Coffee Equipment Company and its proprietary Clover(R) brewing system. The Coffee Equipment Company is a privately held coffee equipment developer and manufacturer based in Seattle, Wash. Terms of the transaction were not disclosed.…
Continue

Happy St. Patricks Day! May all your coffees be Irish. Follow the classic recipe from the Buena Vista in San Fran. You Ritual peeps better be down there right now! Happy St. Patties everyone!

Coffee Kids’ will commemorate two decades of helping coffee-farming families improve the quality of their lives at a special anniversary celebration. All coffee professionals and fanatics are invited to join the festivities on Saturday, May 3rd from 7:30 pm to 9:30 pm at the Minneapolis Convention Center. With live entertainment provided by Putumayo World Music, a cocktail reception, a… Continue

Found a cool write up on Barista Exchange on the called "social networking for the coffee-obsessed".

Going Green in Your Coffee House! 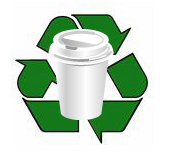 As a coffee house owner there are many decisions that one can make to offer sustainable coffees, environmentally friendly products and to create a culture within your business that is socially responsible. I have seen an exponential growth in customer education and social awareness in the past few years and am excited to see coffee houses and coffee roasters/green coffee buyers focusing not only on quality but also developing direct relationships with coffee farmers… Continue

Thanks for your participation on bX. I am pleased with the growth of the site so far, and have some great PR stuff planned in the near future. I recently added a new "Jobs" posting page on the site. The format and functionality is killer and as someone who has posted jobs on bX before I encourage you to try it out.…

We are proud to announce the next Barista Exchange Meet Up will take place Friday, April 11th in conjunction with the NERBC. The party is sponsored by the American Barista & Coffee School

Here are the details: