Teresa von Fuchs, a coffee and espresso consultant for iconic New York roaster Dallis
Bros. Coffee, will percolate a specialty caffeinated cocktail during the second annual
Coffee Cocktail Mash Up, which will take place on Sunday, June 24 at 5 p.m. at
Weather Up in Tribeca.

Teresa makes no beans about participating in specialty coffee competitions and
educational events. She was a judge for the U.S. Barista Competition, trained competitors for the Northeast Regional… I mentioned earlier this month that we will be rolling out our bX partners discount series, and we have the first opportunity available now. This first discount is offered by the American Barista & Coffee School.

For the next three months the American Barista & Coffee School is offering the following discount exclusively to Barista Exchange members.

Any Barista Exchange member will receive the… Continue

Barista Exchange Article in Coffee Talk State of the Industry

Coffee Talk just came out with their State of the Industry issue, and there is an article about Barista Exchange and social media/networking and the coffee industry. I could not find an online version but am embedding the article here in this blog post.… 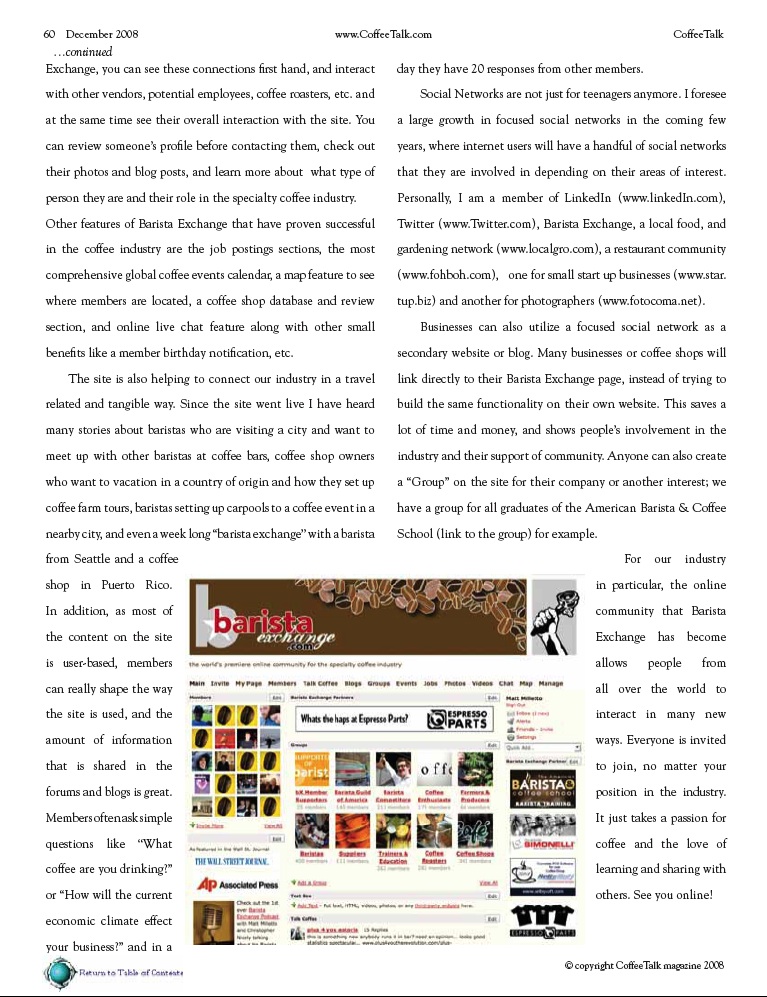 Congratulations Urnex Brands, a bX partner on the news of your selection for the WBC! Check out there Barista Exchange profile and say hi.

January 2, 2009 (Yonkers, NY) -- Today, Urnex Brands, Inc. / Puro Caff Group announced that it has been selected as the “Official Cleaning Products Sponsor” of the World Barista Championship (“WBC”) for 2009 - 2011. Both Cafiza® Brand and Puro… Continue 
As it approaches 2:30 pm here in Portland, I just wanted to wish everyone a happy Repeal Day, save the coffee for tomorrow morning. :)

My friend Jeff Morgenthal has a great cocktail oriented blog and wrote about Repeal Day as well. His site is for sure worth checking out, as he is the king of signature drinks in his… Continue 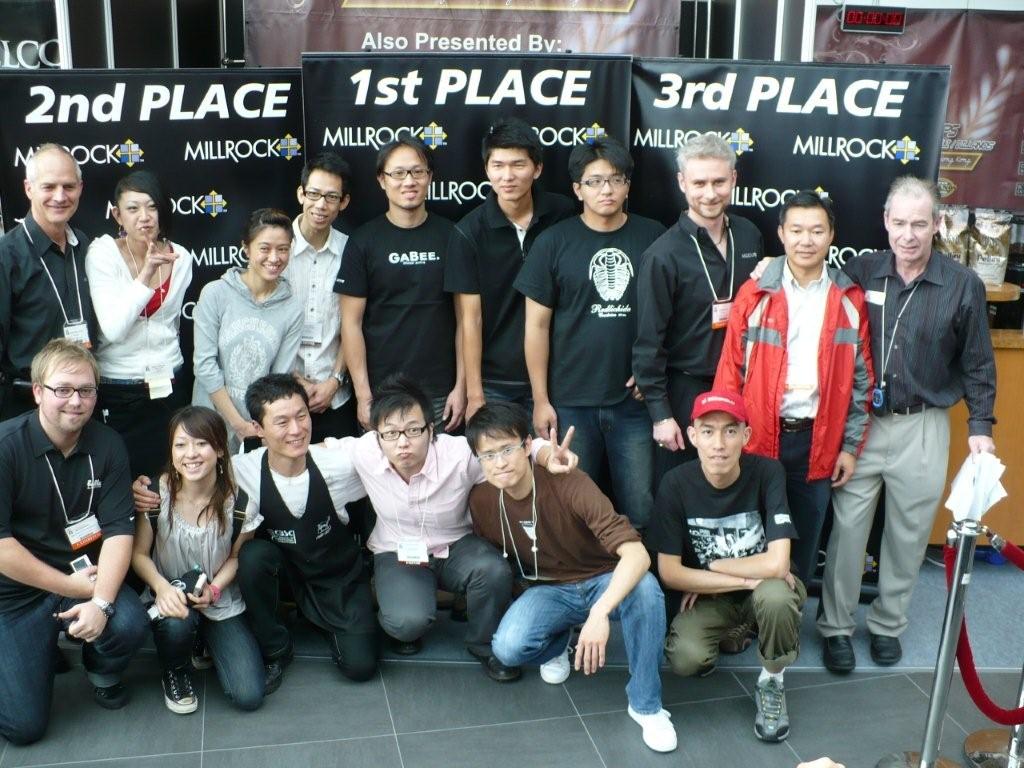 Woohoo! We now have our 1st Podcast available! I am very excited to start doing these podcasts every month or two, and will be inviting guests who have insight on the specialty coffee industry from a baristas perspective and more.