Got the chains on the xTerra and we slid down the street to get a hearty breakfast and to pick up some supplies. Plan to spend the day watching the Seahawks game and making Irish coffees. :)

My co-worker and trainer at ABC's, Jared Mockli has been stuck on an Amtrak train since 8pm last night, on his way up to Seattle to see the Seahawks play ... currently he is still on the train and it is ironically stopped right next to the stadium. Feel bad for the guy, what a mess.

A huge tree fell on our neighbors house last night and we are supposed to get more freezing rain this evening. Keeping fingers crossed. I realize the weather is pretty bad across the US and I hope every one is safe and warm.

Comment by Scott Bruggman on December 24, 2008 at 4:57pm
That snow looks crazy Matt. I hope you enjoy your White Christmas!! as for me I feel luck to be out of Denver and back in beautiful Nor Cal. My Christmas may be wet, but I'm happy its not cold. Good luck with the rest of the storm and Merry Christmas!

Comment by Jen on December 23, 2008 at 5:24am
that snow looks awesome, i'm officially jealous!! we're just about lucky enough to get a bit of wet sleat here in Ireland grrr, nothing like a white christmas! I know it's not all fun n games though with lack of power and all that, hope everything is ok for you guys. Merry Christmas and Happy New Year :):)

Comment by Brian Davey on December 22, 2008 at 2:24pm
Hey Matt...If Jared can make it to Oly I can shuttle him down after work. You have my number.

Comment by Matt Milletto on December 22, 2008 at 12:43pm
Jared update: :) no amtrak service for the next two days, possible thru the end of the year from Seattle to Portland. Yikes.

Comment by Barry on December 22, 2008 at 12:29pm
I can sympathize with Jared, I once got stuck on an Amtrak train heading from L.A. to Denver in the high desert about 3 hours out of Las Vegas(8 hours) on our way to Salt Lake City in January. The train was without power while another engine from SLC came to tow us in. We continued to be without power even when the new engine was pulling us because it had to hook up backwards(?). It took another 10 hours to get to SLC. The whole time Amtrak refused to give out blankets unless you paid for them at $12 apiece and it was getting darned cold.

Comment by Matt Milletto on December 22, 2008 at 10:11am
1oz Clear Creek Apple Brandy
1 Tablespoon of Organic honey
1/4 of a lemon (squeezed, and a wheel for garnish)
1 cup boiling water

I don't like adding a tea bag to mine, but some people do. 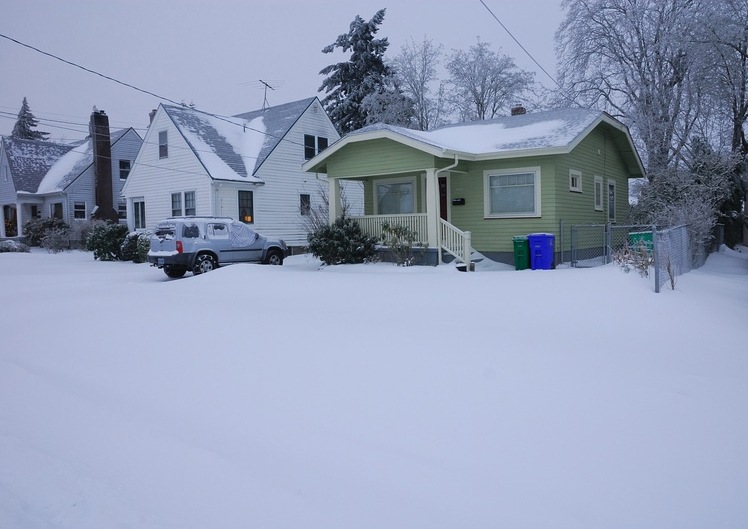