Your two favorite drinks in one bottle Zany beer brewers have long added coffee to their concoctions, and while the trend is...read more

I'm doing research for an article about today's cafe culture and am looking for your stories, anecdotes, opinions, advice and anything else you'd like to impart about your store's group of regular customers.

What's the longest period of time any customer has spent/spends in your store?

What types of business have you seen conducted at your location?

Traditionally, wine and cheese pairings have been staples of culinary connoisseurs. Recently, I have gotten into learning about artisan cheese. Surprisingly, there is a niche market out there for pairing coffee with cheese. The Pacific Northwest Cheese Project, an artisan cheese co-op in the U.S., has been one of the many contributors to this culinary endeavor. Coffee is tasted… Continue SNBC 2010 that was held at Suntec Convention from the 25th-27th was by far, receiving the most awarness in its 4 year of history. Not only was there a huge crowd during the 3 days event, SNBC 2010 also had by far, the biggest participation in term of participating competitors.

anyone have any advice on the "wiggle" lol when pouring, whenever i make a rosetta its ALWAYS a curved one. ...the only thing i think though that will probably help me would be to just practice practice practice...but any advice would definitely be appreciated
thanksss :D

Scooting and shooting photos at origin What’s more adventurous than a trip to origin? Getting there on a
scooter. With support from Vespa and his company, Organic Coffee
Carte...More »

If anyone has ideas for a quick sell of my established coffee shop please let me know.

I'm selling very cheap as I need to get out for health reasons. Also if you know of anyone buying equipment please let me know.

I know you're not a lot about Starbucks here, but many of you have thoughts on recycling and composting, so I thought I'd post this link in case you want to weigh in. Thank you! -- Melissa

3 single origins on the bar space is limited and come caffeine free.

Who will be the next "Barista On Duty" to be featured on my blog? Nominate here

Searching for the next Barista On Duty to Interview for future blog posts. Click the link to
nominate yourself or a fellow barista (that follow the guidelines) and explain why they deserve the shining light.


Looking for next month's featured Barista to Interview. Do you want to nominate yourself or another barista? This will not only let one barista shine each month, but also free advertising for the company they work… Continue

Ready to roll from the Caff... 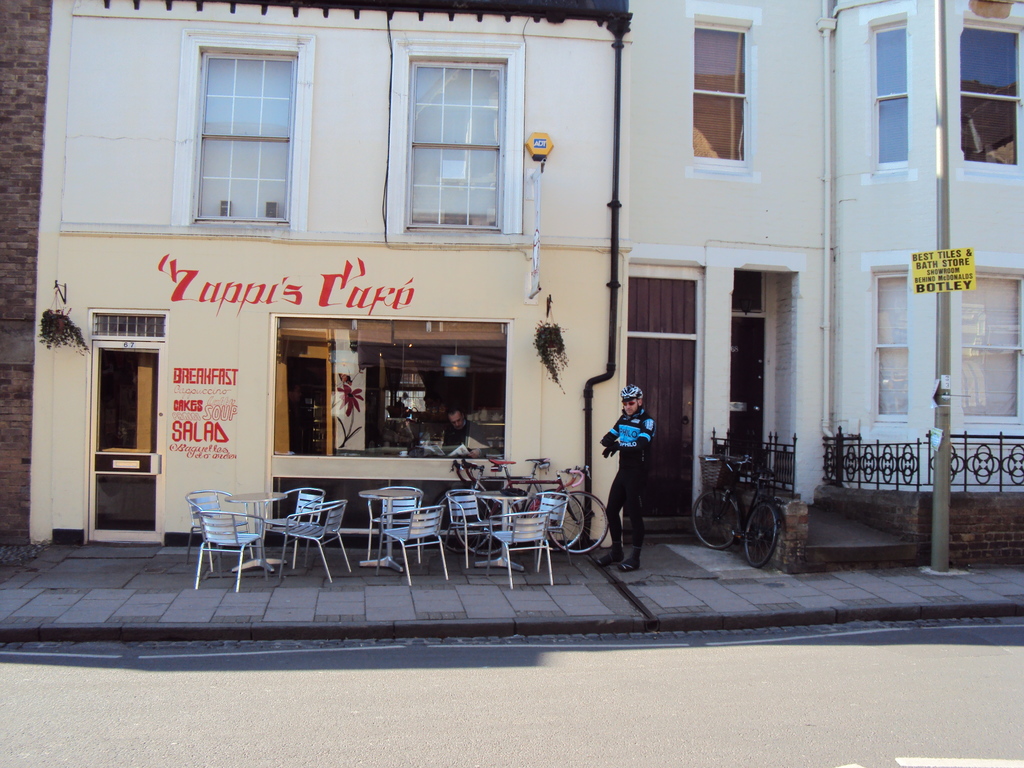 Spring Cleaning - it's that time of the year!!

In honor of the annual efforts that fall into the category of Spring Cleaning, the Urnex team thought it would only be fitting to get some information out reminding everyone that machines need cleaning love too!!

Cupping is perhaps one of the most important skill anyone can develop within the coffee industry. Developed by green coffee buyer – cupping – provides a consitent methodoloy for evaluating a coffee’s quality before determining a price on a lot. In much the same way that a wine connesour would evaluate a fine Cabernet or Chardonnay – cuppers use a strict set of tasting protocols to assess quality.

The practice, however, is relatively subjective… Continue

El Salvador has a Barista Champion

Coffee Kids Board Member, Bill Mares. recently traveled to Oaxaca, Mexico, to visit one of Coffee Kids’ partners and learn more about our efforts. He shares a bit of his visit below. Coffee Kids Board President Guy Burdett, who traveled on the trip, also contributed a blog entry here.

At least one equation I need to learn to remember more frequently:

Making your own Masala Chai, is it worth it?

Just mixed up another 5LB of my chai blend. Quality tea and spices are expensive! Or so it seems when buying all the ingredients. Is it worth it? Besides customers raving is it really worth it bottom line!

Should you give up on giveaways?

A post on Entrepreneur.com uses a just-closed breakfast spot in Bainbridge, Wash., to illustrate the danger of giving core products away for free. Read more...

I am so excited to announce that I had the opportunity to write a couple articles for this month's issue of Coffee Talk on pages 8 & 10. The theme for the articles is Eco Innovation for items like cups, lids, sleeves, to-go boxes, and Packaging.

I hope you find the articles useful for cafe' purchasing decisions. I appreciate any comments.

Sign up for a subscription at the show and get two years for the price of one.