How to choose a good coffee machine supplier

Past articles have looked at the importance of selecting the best coffee machine for your specific requirements, but how do you select the best supplier? How do you ensure you'll get value? After all, value is about more than just price and you may already have shopped around, so how do you evaluate the other elements that add up to the value you are prepared to pay for?. For example, besides getting the best machine, you'll also need quality advice and pre- and post sale service. So here are… Continue

My continued thoughts on Ray Oldenburg's "The Great Good Place:

Ray highlights the need for the Third Place to be a neutral ground, "where individuals may come and go as they please, in which none are required to play host, and in which all feel at home and comfortable."

Of course, this is in stark contrast to the home (First Place) and work (Second Place) that cannot be neutral to various friends from different houses/workplaces. I spent a while thinking about how… Continue

Got another monkey off our back at my new Roastery Coffeehouse location, cracked the first Double C-note day today exactly 4 weeks after opening. Took almost three weeks to make the first C day, now to build to Trip C and beyond. (Doesn't count wholesale beans)

From our friends at Atlas comes this lovely Honduras COE competitor, farmed by Orlando Portillo.

Acid-7
Body- 5
Texture- honey, white wine, a little fluffy powder'd sugar
Flavor- Out of the bag smells of raspberries still on the vine. Ground brings out a peach tropical acid, honey sweetness and hints of cinnamon. Very clean aroma. When wet a white wine grape emerges, the honey remains and cayenne pepper replaces the cinnamon. Still very clean on the fragrance. In the… Continue

Recently I was on a retreat and Fr. Bernie, who was leading it, challenged us to imagine what God tastes like. I was surprised to find that God tastes like espresso. I am still thinking through the implications of this.

The flavor profile I look for in a shot of espresso is one that rumbles and grabs my tongue. It has a boldness and a clean finish with a fine aftertaste. It seems I want that particular profile because it reminds me of how I experience God. I find I look for similar… Continue Heritage Coffee Company is selling 12 oz bags of 100% Haitian Blue Pine Forest coffee through our website.
$7 from each bag sold will go to relief and rebuilding efforts of Haiti.

This coffee is available in limited quantities right now, we started shipping today!…

Check out what's going on at Fonte Cafe in February! 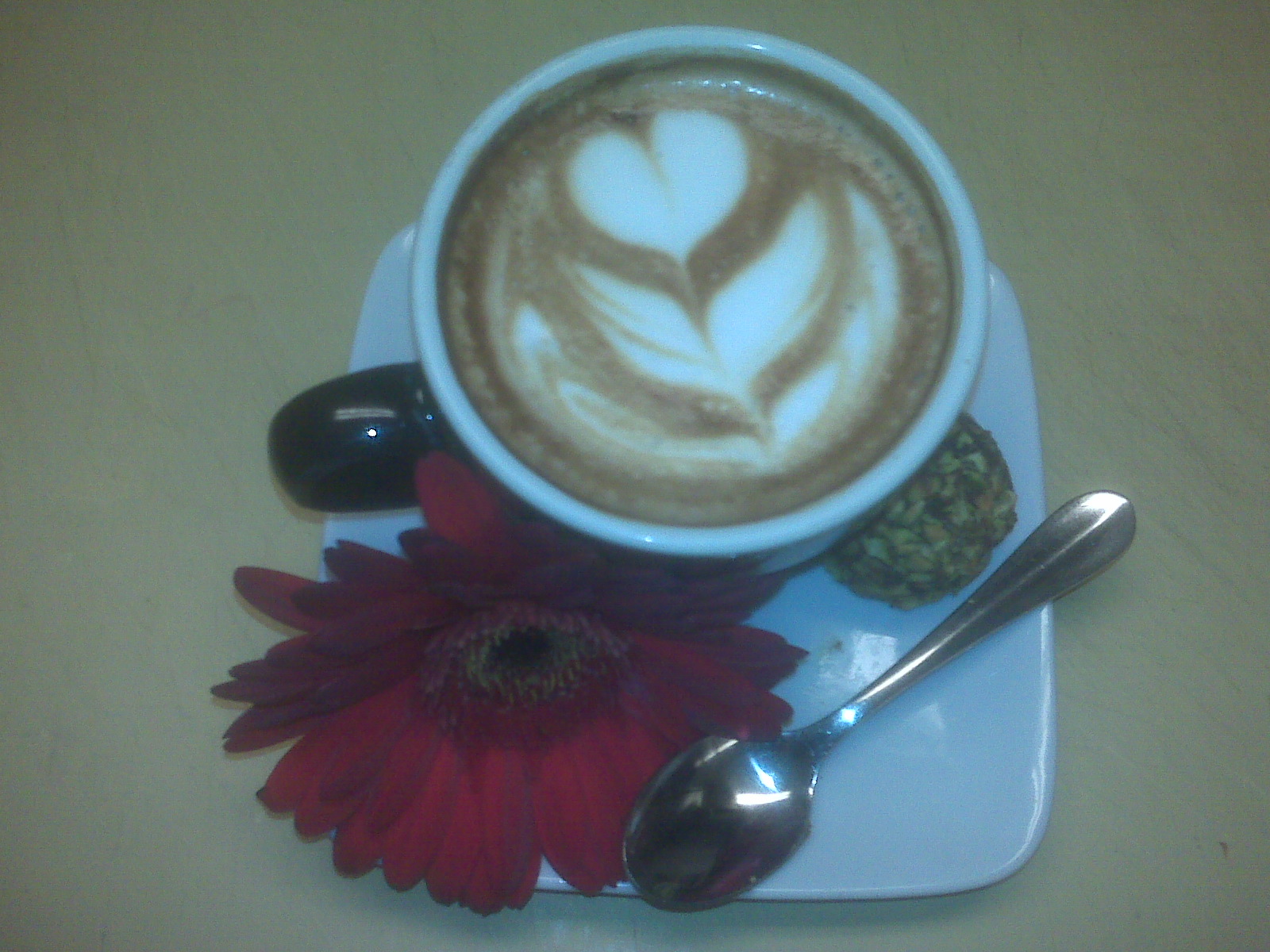 How to name your business

BusinessWeek’s Smart Answers blog provides some tips on answering that sometimes impossible-to-answer question: “What should we call ...More »

Here's the story. Sounds like NBC is working on a Slayer story -- that's big!

Steam to win, use one of Pacific Natural Foods' Barista Series Soy Blenders or Frappe and Smoothie Bases in one of your signature drinks and win big. Cash prizes to the top 3 winners in each category, hot and cold!

Fill out an application by visiting the Coffee Fest website or www.pacificfoods.com and fax or email back to (312) 280-9203 or… Continue

Earlier this week The Gazette, of Annapolis, Md., ran a well-thought-out primer on what to think about when starting a coffee business. Not surprisingly, the piece suggests entrepreneurs settle on a spot with good traffic, but even more useful is the story’s theoretical examples of the number crunching a prospective shop owner should go through before jumping into the café game.
Continue… Continue

The magazine "Coffee and Tea en Rusia" is responsible for the organization of Coffee Forum - taking place in Moscow on the 8th February 2010. More than 350 exhibitors are expected from all sectors related to coffee world - producers, gree ...n coffee dealers, roasters, packaging, distributors, etc. Seminars and workshop about coffee industry.

Turkish SCAE Chapter is busy organizing the 3rd Edition of the Coffee Championships of its country. They will be hold on February the 19th till 21st at the same time as the Kahve Festival (Coffee Festival) inside the Underground Cisterns - 1700 years old - and placed in the old part of the city of Istanbul. Following championships will take place:

The 8th Edition of the Hellenic Barista Championships will take place at the beginning of February, from the 5th- 9th among the 22 Edition of the International Food and Drink Technology Expo. at the new Metropolitan Expo Centre in Athens. SCAE Greece are the organisers fo this barista event ... with their national coordinator Kalomira Gerantonaki. Visitors can participate at seminars about coffee world and workshops about Espresso, Cappuccinos, Latte, Cata, Tueste, etc. The following… Continue

This blogpost was originally posted on Chalkboarder and over at FohBoh

I'm researching a study of the restaurant industry, using Yelp and Urban Spoon as the main viewframe. While I've written in the past about how operators could use these two sites to their advantage, I feel compelled to share a different observation… Continue If any of you want to be sure that the largest percentage of the money you give to Haiti Relief actually goes to the project, you may want to check out this organization. I can assure you that your money will get to the project
and not into expensive perks. Take a look. http://mcc.org/ Wendell

I know that I am playing that devils advocate by stating the following...
Tobacco would still be a socially acceptable luxury it if maintained its healthy and cultured relationship with coffee. However, over the years, marketers in the tobacco industry have promoted it to be something else. The average American smoker now likes to smoke while waiting in lines, while driving cars, first thing after waking up in the morning, and so on and so forth. The ceremonious culture has been taken out… Continue

ive been a barista for the past three years and have developed a few, kinda creepy, 'stalker' type followers.. seems like a common thing in this industry.. pretty hilarious when you are covered with brown coffee stains, can smell the coffee oozing out your skin and your blush is now espresso grinds. then some older business looking man wants you.. its like huh?