we made it to Toronto

We got into Toronto Friday night around 8:30. On Saturday John and I went to Newmarket about 30 min. from his home and visited Chapters with a Starbucks in it. It was the best coffee I've had in three days. The coffee on the trip was so bad that we just gave up. Over the next few days I will try to get out for a great mug of java.

So im doing a bit of a promotion on my hot drinks, my food sales are very good but i would like to make a bigger impression on the drinks sales, I put this donwn to not being allowed to be a speciality cafe in the retail outlet i am in, therefore i cannot really say i do coffee! No wonder starbucks are so big!

Anyway I done a buy one get one free promo on hot drinks!

What was starbucks reaction? 0- send a mamber of staff out to pull my posters down! Thats competition for… Continue

November’s Fall Jam took our members on a journey from Ethiopia to Yemen. The carefully selected cherries of the Ethiopia Organic DP - Dale Yirga Alem had a bold berry intensity with hints of melon and fruit. Our Ethiopia Organic Natural Djimma WP Decaf, not your average tasting decaf, stole the spotlight with its medium body and wild-honeyed tastes. It was such an amazing decaf, that when I special roasted this for my mother on Thanksgiving (also a coffee enthusiast, however she can no longer… Continue

Got this site from my business partner. Many of these are very effective tools for coffee houses and we use them here ourselves, so I know they work. Check it out:

In addition, I have to agree with many of the marketing ideas here. I have a degree in marketing and have working in advertising many years before opening a coffee shop, and if anything, I've learned… Continue

coffee for the trip

Up at 4:30am - first thing I did was put the water on and have made a lot of coffee - Well we should be out of here in the next hour or so. Liz and the baby are not up yet. So Beverly and I are getting the last little things done.

The coffee world is a strange place, and moving around, away, and beyond makes it a little weirder. Fortunately for me, I still have the caffeine addiction and need to work.

Moved to San Fran, working in a new place. Trying to build my own hand cranked roaster, waiting for a place of my own. Maybe it's better to melt things yourself, get dirty, and learn a new trick for some old dawgs.

I miss san marcos, I miss texas, I miss being a rebel.

Punch someone in the… Continue

one day to go

I'm sitting here in my office wondering if I should go out when my wife goes to her work then work very hard all afternoon on my Thursday File or should I say in and work the full day.
As I lookout the window from my home office or studio I think I might just stay in. The snow is coming down but there is no wind. I have my mug of coffee and I don't know what to do.
We leave tomorrow for Toronto and we will stay over in Montmagny, Quebec tomorrow night. Then on the 26 we should hit… Continue

Along with 3 other USBC Committee members (Lani Peterson, Holly Bastin & Rob Tuttle), he became 1 of only 12 judges that passed (7 from U.S.) and is now Certified to judge the World Barista Championship held this April 2009 in Atlanta, GA. Thirty judges participated in the two-day course and it was no easy task.

Just to get the… Continue

If you count today, we have three days until we head off to Toronto. Beverly and Liz are so excited but for me I'm worried about the snow and the 18 hour drive.
I'm sitting in my home office drinking a very stong mug of coffee my Daughter Liz just made. Looking out the window we have a very bad snow storm. The wind is really blowing and the snow ever since last night just keeps coming down. When will it stop we just don't know. Some people in the area are without power. Not a good thing at… Our one year anniversary

The Coffee Garden just celebrated our 1-year anniversary yesterday. Hard to believe that it has only been a year, it seems like we've been open nearly forever. Funny how anniversaries usually lead to reflection, looking back on everything that has happened.

I'd like to thank everyone here in the bX community. I've learned quite a bit and gotten some great ideas from discussions here. Our store has benefited greatly from this community, and I appreciate it. Thank you.

Firstly I should explain that "Kris Mon" is not an aged Reggae Star from Jamaica, but rather is the Indonesian Idyom for "krisis Monetary" (or I guess 'recession' in English). I was here through Kris Mon I. That was the Asian economic crisis that crippled Southeast Asia from 1997 through until around 2001. It was bad. Many people lost their lives here in Indonesia, and there was a change in government with President Soeharto standing down after 32 years at the helm of this huge… Continue Bought my first espresso machine "Rancilio Silvia" in 1999. Really it changed my life! This machine looks great, feels great and easy to maintain. The RVS looks are great and certainly my best investment. Equipment was great but I still wasn't able to get the right coffee nor the perfect grinding! After several try outs asking local shops to grind coffee for the Silvia, each time it looked like beach sand...putting that in… Continue

My list so far for my Toronto Trip (any more coffee houses or esprsso bars?)

If you can please add to my list. Thanks!

for my job, as the editor to cafe-sweets china, the 1st and no.1 brand media in cafe-sweets in main china, i visit diffirent city always. i visit a lot of cafe and barrist and ower of cafe.

So finally I feel connected in the coffee world again. I no longer feel so distant and lost. Hula Daddy coffee of Holualua submitted a natural processed coffee (Kona Sweet, light roast) to the folks at coffee review and receivedan amazing 97 out of 100 point score. link

Holualua is directly east of me. Just up the mountain. I have driven by the tasting room of Hula Daddy a few times. Who was to know that they had put into works a combination of love, care,… Continue

Stopped by the local donut baker 5:30 on the way in to pre-open the café, Wednesday's are "donut day". Still bake scratch muffins and scones of course, hence pre-open.

'Bout noon switched hats from café shift to roaster. Started out ho-hum run of the mill stuff for couple accounts and shelf before switching to high end SO's for shelf going into Christmas. Won't hit the entire run down but man the aroma from the tryer on some of the batches makes the long days worth it, particularly… Continue 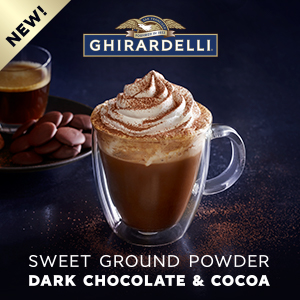