Love Letter to my ex-cafe. 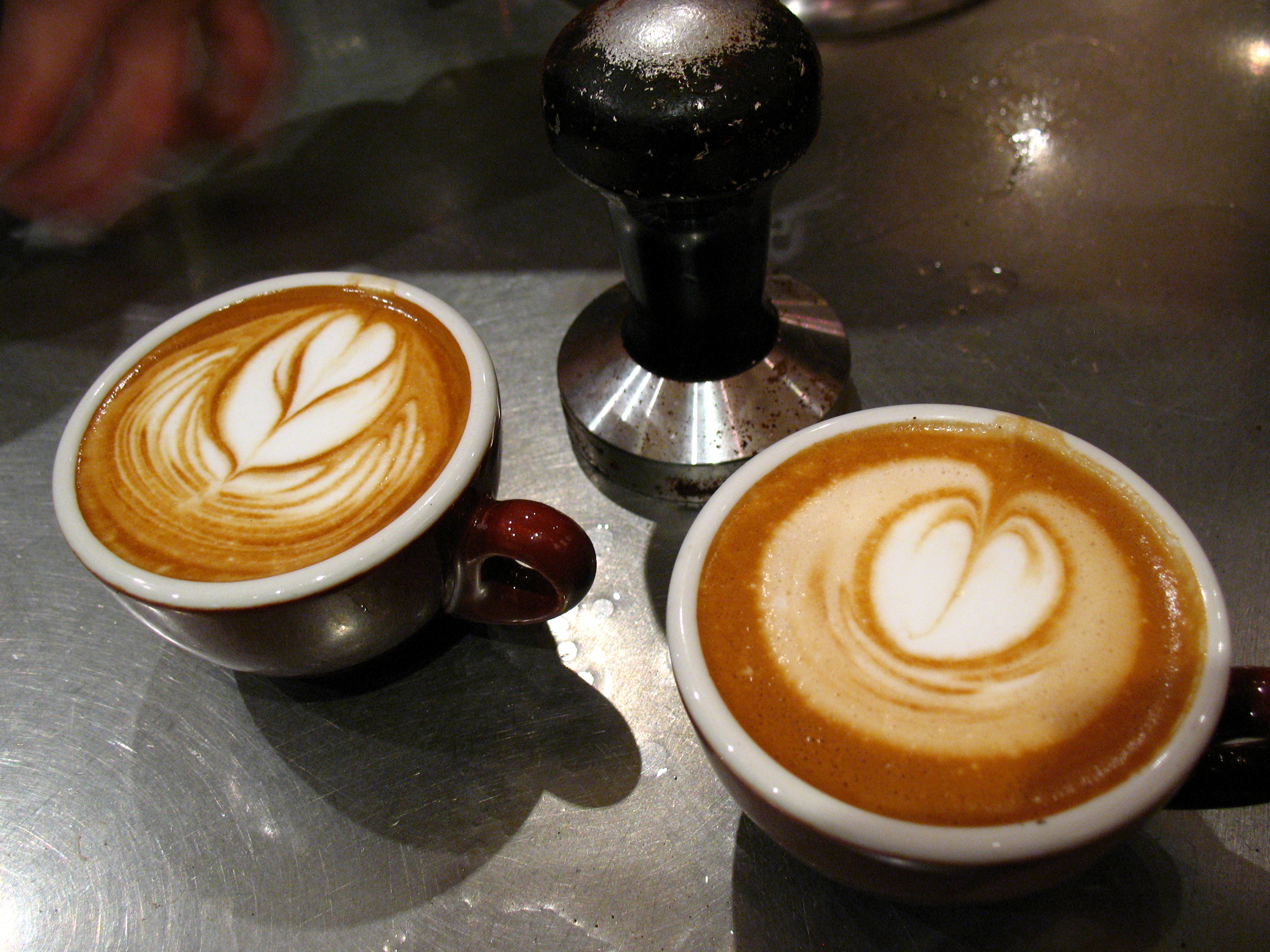 I've missed you. I've missed my Linea, my tamper that got destroyed by that Liberace barista with all the rings. I've missed making those maccs, too. I've missed Ted throwing hot quakers at me.
It was really great to see you again, Kean Coffee. I broke up with you more than three months ago- and i'm so glad we're still good friends. I hope you find everything you need (especially some decent Roburs; if anyone deserves them in the… Continue

Seems that we are moving along....slowly.

Our Realtor has found some interesting leads for locations. Let me tell you: the prices have dropped dramatically to purchase a business. Location lease prices are down. It starting to seem like a favorable time to enter the market. As long as you have enough cash for operating capital to survive this slope.

A stroll in the country Its this time of year I love the most. Its always hot in Indonesia, but where I live the months of December through until the end of February are the monsoon months. The rain is tropically heavy, although not strictly the monsoon you see in movies (or in reality on the subcontinent). It rains here for about 2 hours everyday. Sometimes in the morning, sometimes the afternoon. Sometimes you strike it lucky and it rains both in the morning and the… Continue

Chekkit. Here's some pics from my new place, dose espresso

If anyone is interested, I'm also active on twitter (dose_espresso) and have a facebook page too that I update that frequently. There's just too many forums/blogs/social networking sites for a busy man to keep up with!

As the recession continues to loom overhead, and even progress further down, it has probably become obvious to many that… Continue

Hey guys:
Please follow our tweets on Twitter at www.twitter.com/indonique. We're determined to fund a school for girls in India this year!

This morning's edition of the Milwaukee Journal Sentinel featured an article about the Stone Creek Coffee Blog. It's been nearly four years since we launched our blog and it has been a great tool for us to communicate with you, our customers. Grab a cup of your favorite blend and head on over to JSonline to read how Blogs can draw customers deeper into businesses.

GOOD MORNING EVERYONE, I AM NEW TO BARISTA EXCHANGE SO I THOUGHT I WOULD GET ON AND INTRODUCE MYSELF TO EVERYONE, MY NAME IS ANGIE AND I AM 39 YEARS YOUNG. I AM FROM KOKOMO INDIANA BETTER KNOWN AS STOP LIGHT CITY OR BFE AS I HAVE BEEN KNOWN TO CALL IT. I HAVE THREE KIDS, TWO ARE GROWN AND ON THERE OWN AND I HAVE A 15 YEAR OLD AT HOME. (HE THINKS HE IS 30) I HAVE ONE GRANDSON WHO IS TWO. I TOOK A BUYOUT FROM MY JOB AFTER 15 YEARS A COUPLE YEARS AGO FOR HEALTH REASONS, I WORKED IN A LARGE… Continue

Starbucks UK has some fantastic coffees, However not the full selection available across the Starbucks range. If anybody working for Starbucks elsewhere in the world would like to swap markouts I would be more than happy to talk to u :D

finally back in the game, after a 5 month rebuild hiatus. catering kept me occupied but glad to be back on the bar!

SCAA Announces 2009 Nominees for Board of Directors

The SCAA Board of Directors has approved the following slate of nominees, selected by the nominating committee, for election to the board of directors. The election will be conducted March 2 – March 31, 2009.

Article featuring myself and others here in Chapel Hill

going out this morning

I got up at 5am after a late night with my grand daughter who was staying over - she would not go to sleep. She is only 3 years old; Shannon - the first thing I did was make coffee. The first sips are the best.

I also want to visit a new Café that opened up in town, if we have the time this morning.

The weather: -21°C this morning in Moncton going up to -11°C this afternoon with blue… Continue

Let's see...I don't have a lot of coffee related topics to blog about, but I can talk about what I'm up to.

Lately I've been super busy. I'm in the begining of a school semster where I am taking double the credit hours that I'm used to, still working about 30 hours at the shop (which has come to include the fun open and close split shifts,) still setting aside time to work in the a/v area of my church, and somewhere still finding time to do things like sleep.
At first the new… Continue

just got off the phone

I just got off the phone to a friend, Bob. He was in Toronto the same time I was - he got down to the Green Beanery but I missed it. He pick up 20 pounds of green beans, this is just for his home. Oh well we can't do everything.

How to Affect the Taste of an Espresso

As I’m coming up on getting into more training, I’ve been thinking a lot about the different ways a barista can affect the taste of a shot.

For the time being I’m going to leave out the temperature and pressure adjustments as I don’t have the privilege of working on a machine with those controls. For now my thinking revolves around: Grind, Dose, Tamp & Brew Time.

You all know them but once again, imagine a firm with 3 coffee world champions, 2007 World Cup Tasting Champion Anette Moldvaer, 2007 World Barista Champion James Hoffmann and 2008 World Barista Champion Stephen Morrissey...dream firm! And guess what, i have their coffee to taste...
I know that some of you have tasted their coffee, im just afraid of opening the bags and start to enjoy. Is that normal?

it's very cold out

oh boy it is cold out -26°C (-14 Fahrenheit) this morning in Moncton going up to -20°C (-4 Fahrenheit) but we have blue sky and lots of sun - I'm so happy to have had a wonderful hot mug of coffee this morning.

Well with just 5 days to go until I strut my stuff on the stage for the open round of the Australian Barista Championships, I am starting to wonder if I am either too organized or something very vital has been forgotten. My grinder and equipment have all been sent on a pallet to Queensland, all we have to do is lug about 30kg of coffee up with us on the flight ( not quite as much as we took to Denmark for Dave's world gig).
After finishing second in the Victorian Comp, I'm really… Continue