Origin Trip-Day One, Arriving in Colombia

After getting to Newark the night before and having dinner at Ruby Tuesday's in Elizabeth, New Jersey (the only walkable option from our hotel), Rik Kleinfeldt (New Harvest Coffee Roasters) and I met Jaime Schoenhut (Royal Coffee New York) at the Newark airport and off we went. After a full day of travel we met Oswaldo Acevado of the El Roble farm that produces Mesa de los Santos and Don Telmo Reserve, and Max Fulmer and Jennifer Huber, both of Royal Coffee-SF in Bogota, and flew with them to… Continue

Yesterday, I got a tattoo of a sacred coffee cup (yes, it's a halo, not a doughnut) and on Wednesday I begin a sacred journey, my first trip to origin. I'll be visiting Mesa de los Santos in Colombia and Lagunitas in Honduras, I can't wait.

Greatest thing overheard at the Cosmic Cup in a long time. Customer walks in, orders a coffee of the day, walks over to the airpots, reads the descriptions, turns to my barista and asks: "Do you have any American coffee, ya know, like Chock Full o' Nuts?"

The Coffee Brewing Equipment Company is on the verge of a major coffee extraction breakthough. Their new device is called the Milkthistle Non-Automated Coffee Brewing Device. Developed in a "Cosmic" rocket ship circling the globe, this device allows the barista to brew single servings of coffee in an environment where he/she has total control of all variables of the brewing process. Here is a photo of how it works: 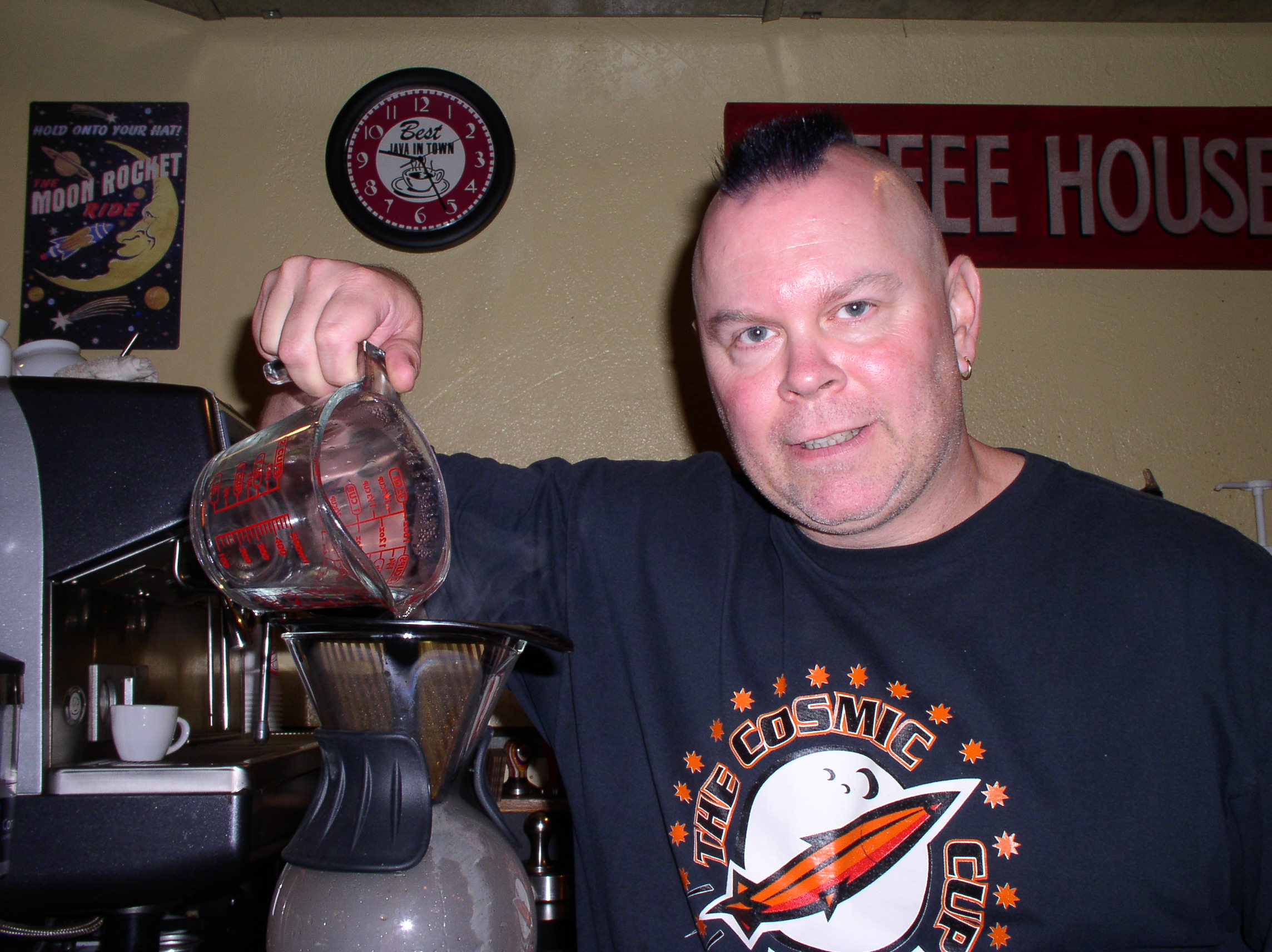 P.S.- Any similarities to… Continue

'Twas the night before St. Pat's Day and all the through the house,
Just one creature was stirring, the wee Guinness mouse.
All the pint glasses were on the bar top with care,
In the hopes that St. Patrick soon would be there!

Was the MANE Jam a dream?

Nearly a week since it began, it seems so unreal to me, all these great coffee minds bringing their knowledge to the average workaday barista and shop owner. My highlights include:

The organizational help of Gerra Harrigan and the entire New Harvest Crew.

The support of Counter Culture, sponsorship-wise and the talents of their staff.

Peter G. showing everyone the face of… Continue

After several trips to NYC recently, I think it's amazing what is happening to the NYC coffee scene. What used to be a wasteland of Starbucks and old-school (read-old Italian espresso), has turned into the Third Wave flooding the city with pioneers like Jonathin Rubenstein (JOE), Ken Nye (9th Street), Caroline Bell and Chris Trimbrell (Grumpy) paving the way for Gimme and Cafe El Beit and others. How exciting, to be able to go to one of the most… Continue 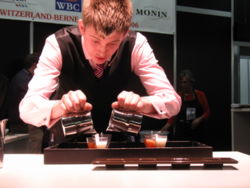 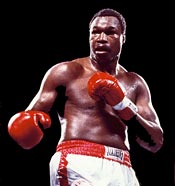