I cannot figure out how to change the tittle of my page. Happy Holloween Suckaz!

I cannot figure out how to change the tittle of my page. Happy Holloween Suckaz! Continue

What happens when the Dog does Gator hunting?

YYYYEEEEHHHHAAAAWWWW Yawl! It's Halloween , Fair time , and Florida/Georgia weekend!!!!! this town is wilder than the Swamp could ever be!!!!!!!!!!!! By the way, for those who don't know the answer to the question......CHOMP-CHOMP, Gators favorite snack is DAWG!!! I'm taking my nephew Dan trick or treating, then home to lay low and stay out of trouble....Hope everyone has a spooked time tonight....

Long Beach, CA. U.S.A. (October 31 2008) – The Specialty Coffee Association of America (SCAA) is pleased to announce the addition of Marcus Boni to its executive team as Senior Events Manager. Boni will be responsible for managing the SCAA’s extensive training programs as well as the United States Barista Championship (USBC) regional and national competitions. He will also play an important role… Continue 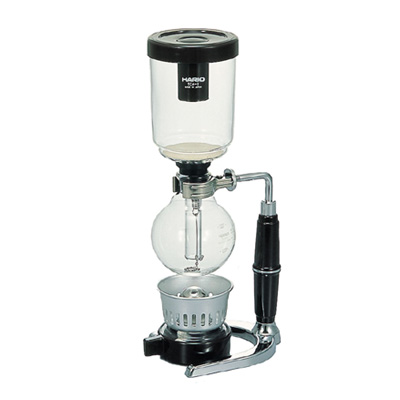 I want one. That is all.

I had this guy come in yesterday and basically ask me to make him the crappiest espresso shot I could muster. "Double espresso, extra long pour." I showed him how big our espresso shots are and asked him if he wanted me to make an additional 2 shots so that he would have more espresso but it would be a better quality. He ok'd the idea and I started pulling 4 shots. One side was coming out too blonde so i stopped it and was refilling the basket when he pointed to the shots and said "What's… Continue

Who uses certified organic milk? What, if any difference has it made in setting yourself apart from others, even from the customers view?

Coffee that will shift Paradigms

I wrote about over a year ago and I still make references to it on this blog from time to time. Almost every single day somebody will say or write something that makes me think of it. It is currently the most searched words on my blog and the most overall viewed post in the year and a half history of this blog.

What am I talking about? Ethiopia…

I can't express fully how satisfied I am with the Ride On! Reno event we held at Walden's Coffeehouse this past Saturday. It was a beautiful day, sun was shinin' and temperatures were in the high 70's. Great people, both long-time friends and some newly-acquainted, all came out with one goal in mind: to raise some money for a phenomenal cause and some very deserving people.

The Bikes to Rwanda cause had won the hearts and minds of Reno that day, and after a kick-ass poker-run into… Continue

Excuse me, you put chocolate in my pumpkin pie latte!

Funniest comment I've had in quite some time, new customer wasn't accustomed to good tasting espresso! Her friend (who ordered an 8oz latte, no flavor) told her good espresso is supposed to taste chocolaty. For the record that bottle of pumpkin pie syrup was here when I bought the place a year ago and won't be replaced when it's empty...

Finally something worth writing about...Roasters Club!

Well ladies and gents, there is something I have had a cooking a couple of weeks and I hope you enjoy it as much as I have.

Once the announcement of the finalists began the atmosphere inside the auditorium became electric. As each winner took the stage their friends and families erupted in cheers and applause. The pride each of the producers' eyes was wonderful. Each producer was greeted on stage by the buyer of their lot, Silvio Leite, representatives of Pinhalense Agriculture Equipment, Cafe Bom Dia, and SEBRAE. The top three spots in each category also received cash prizes. After the awards ceremony, everyone… Continue

Added by Brazil Fair Trade Certified Cupping Competition on October 28, 2008 at 7:56am — No Comments

O.K. I've decided to ask The Barista's to help me solve a puzzling question" Why does an adult child suddenly stop communicating with their parents and siblings?" I am honestly trying to come up with answers. There was no abuse in childhood. We have a large supportive family. We are not rich, but manage to supply extra's that where asked for, that was within reason. We tought our children to be self sufficent, independent, which I believe parents are supposed to do for their children, but we… Continue

Good Coffee on the Coast?

Is there any good coffee on the Oregon coast (mainly around Coos Bay) that is worth noting?

After the the auction and a short lunch, the awards ceremony was set to begin inside SEBRAE's large auditorium. The finalists in each category were invited to attend with their families and fellow co-op members. Buses had come from Nova Rezende, Boa Esperança, Poço Fundo, and as far away as Espirito Santo state.

Before the winners were announced the various partners in the project each took turns talking about the successes of the Responsible Sourcing Parnership, including TransFair… Continue

Added by Brazil Fair Trade Certified Cupping Competition on October 25, 2008 at 7:30am — No Comments

I post the following message on behalf of SCAA's Executive Director, Ric Rhinehart:

It is with considerable regret that I inform you that I accepted Michelle Campbell’s resignation this week from her position as Director of Community and Events. Michelle has been with the association since 2002 and has played a key role in the development of the barista community, regional and national barista competitions and the World Barista Championship. Michelle will be sorely missed, and we… Continue

Coffee Kids recently completed a DVD celebrating our 20th Anniversary with the help of Machine Hero, a Rhode Island-based communication arts company. The original 10-minute film can be seen below. It explores Coffee Kids role in the global coffee community and how support for organizations like Coffee Kids translates to support for the long term future of the specialty coffee industry.

The final scores for the competition and are being calculated by Silvio Leite's team and descriptions of the lots are being written for tomorrow night's auction. Members of the panel are catching up on work from home, watching the Rwanda Cup of Excellence online auction, or enjoying a pleasant post-almoço siesta. More delicious food at the Centro do Excellencia.…

Added by Brazil Fair Trade Certified Cupping Competition on October 24, 2008 at 11:30am — No Comments

Once judges were finished with each round of cupping they met in a conference room with head judge Silvio Leite to give their scores and talk about the coffees. Often, when the discussion about a particular aroma or flavor becomes animated, Silvio has provided insight into why the trait exists. In some cases it's related to post-harvest techniques-when the cherries are picked, how much fermentation if any, how the cherries are dried if they're naturals, etc. While discussing a high scoring… Continue

Added by Brazil Fair Trade Certified Cupping Competition on October 24, 2008 at 10:30am — No Comments