I was wondering how people got into coffee... What's your story?

Permalink Reply by Billy Kangas on August 18, 2009 at 10:19am
From The Liturgy of Espresso 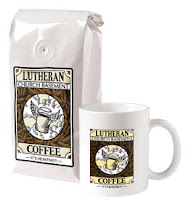 My love affair with coffee began as early as I can remember. I grew up having coffee with my family at breakfast, smelling it at the grocery store, and waking up to the succulent aromas wafting through the house as I woke up to go to school. I used it as a dip for shredded wheat, and for doughnuts. And I looked forward to conversations over a cup after attending Sunday morning church services. These are just a few of the reasons coffee has become something very personal to me.

Growing in Michigan a professional coffee culture was not prevalent for much of my life. I started going to coffee shops in high school. Most of the shops in town were run of the mill sorts of places, but for me I caught a glimpse of something almost spiritual. The drink names were foreign to me. I wondered what a macchiato was, I marveled at the seemingly endless streams of adjectives regular patrons used to conjure up a deeply personalized beverage. I wanted to know more.

I started to experiment ordering drinks and asking questions. The difference between a cappuccino and a latte began to form, as well did an understanding of dark vs. light roasts. I even started to grasp at regional coffee differences. I knew there was something amazing to all of this, but it was still a convoluted mass of vague sometimes conflicting explanations and experiences. I was a seeker, but I still didn’t know what I was looking for completely.

My baptism into coffee culture came when a local kid named Zak Rye moved back home from Seattle. In Seattle Zak had come into contact with an artisan coffee movement which was being called “third wave”. This movement distinguished itself from many of the major cafés at the time by putting a real focus on bringing out the best in the bean. 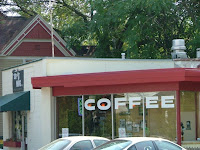 Zak bought an old grey hound station that had been transformed into a coffee shop. The shop had lasted a few years, but has gone under after some investors backed out. Zak quickly reopened the old shop under a new name: The Ugly Mug Café. Using the knowledge he had gained while working at a café in Seattle called Victrola he started making something that would captivate me.

I stopped in to check it out, as I was in the habit of doing to most of the local cafés, and I was blown away. This shop has espresso so beyond anything I had ever had before. I had to know more. I started coming into the shop every day and asking questions. I started attending coffee events they hosted. I started reading books on coffee. I was falling madly in love with a drink, and I loved it. After a while the staff at the Ugly Mug and I became close friends.

By this time I was working at another café in town. It was a corporate outfit named after a holarctic deer species. I felt cramped there, and talked to the Ugly Mug staff about it. They offered me a Job as a Barista. It was awesome! I had a chance to work hands on with some people who could really teach me about coffee in a new way. After I had worked there for a couple years I graduated from college and got a full time Job, but I couldn’t stay away for long. 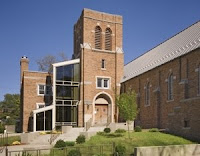 After only a month or so of stepping down from my position at The Ugly Mug a friend of mine called me up. She was talking to me about opening a café in the basement of a local church, and wanted my advice on how to make the coffee great. I couldn’t resist. I started working with her on the side brainstorming coffee ideas. Finally we opened the shop to a great deal of critical acclaim and I started working training the staff, and developing resources to keep the quality of the coffee up to par. We called it The Common Cup.

While I was working at The Common Cup I got a job offer that I felt I should take. I had already been working two jobs, and a third would be too much so I stepped down from my position at the shop to take up a part time position as the director of worship for a local church. Coffee wouldn’t leave me alone though I found that most days I spent more time working at coffee shops then at the office. It helped keep me balanced. If my work frustrated me I would simply get on bar and help the barista out by making a few drinks or tweak something on one of the machines.

Now I am moving to Chicago with my wife to study theology at a seminary called North Park in the north part of town. I hope I can continue to stay connected to the beverage I love so much!

Permalink Reply by Brewed Expressions Coffee House on August 18, 2009 at 10:52am
Been drinking the nectar of the bean for as long as I can remember. Worked in the vicinity of a few major chains & didn't like the taste of there coffee so when it came time to move our ice cream parlor, we renovated an old building and included in it a Coffee House.

Permalink Reply by Kevin Ayers on August 18, 2009 at 10:56am
Teaching my friend how to get the best shots/drinks possible out of his home Gaggia. Seeing how happy he was when he steamed perfect milk, and made an awesome capp, made me realize how much I loved it, and wanted to make a "career" out of it.

Permalink Reply by Derryl Reid on August 18, 2009 at 12:22pm
here is the link to my story
http://www.greenbeancoffeeimports.com/about-us/derryl-reid.html