I've become quite enamored with Batista exchange. All of my previous attempts at social networking via web sites have stagnated and died due to apathy. This site however continues to facinate me much as coffee continues to. I can honestly say that I've learned more about the nuance of pulling a shot of espresso than in years of trial and error. There is also the people. Here I'm likely to meet intellegent individuals of passionate reason guided interest rather than the common social networking… Continue

New crop from the Brazilian Highlands of Carmo de Minas is in.
Tasty stuff with lots of layers. The acidity is uncharacteristically muted in this high altitude example from Fazenda Marimbondo. Instead of the sweet cherry-lemonade vibe it has an interesting "candy in the cup" thing going on. Almond Roca comes to mind. Notes as follows...

Drinking an after dinner Aloha Hills Americano. Very nice rich Kona! In truth I haven't drunk that much of it been so off into other coffees. Like Panama Esmeralda Gesha 4 or 5 times a week first cup of the morning for months. But I've been ignoring Kona for long enough to really appreciate it's smooth rich balance again. I drank so much Kona for so many years kind of became "normal" and somewhat became ho-hum losing it's appeal. But not this cup. All deep, rich and smooth with a delicate… Continue

Whatever happened to regular ole Cowboy Coffee? $.25 a cup, Hot, black, and strong enough to float a horse shoe in. Now we're talking about my taste in coffee. When ya wanna spice it up, put a little sugar in it. To make it really wild, put honey.

So, we have not had any problems with our portafilters on any of our Nuova Simonelli espresso machines in the past but we just bought 2 new machines and the trouble began.

When we put the double spouts on each portafilter, they turn past center and end up being sideways (shot classes would be front and back and not side to side).

Before I tell you what I have tried, do you have any suggestions? It is about to drive me mad.

Also, before I get tons of posts about… Continue

Recommendations for an espresso machine for a new cafe

I am opening a new cafe in Ontario Canada in a few months time and I am looking for your opinions on the best machines for the money. I have only worked on the La Marzocco so something similar to that is what I lean towards. Do I need to buy a brand new machine? I expect my cafe will only do moderate numbers but the location has potential. If I'm only serving 150 - 200 customers a day do you think a 2-group will suffice?
Bev

The next shipment of coffee is well on it's way, should arrive Wednesday. 38,000 lbs of el Salvador's finest. Man it's going to be a busy couple of weeks. The way good news is that our mill hired this guy jorge (hor-hey) who is the second higest ranked cupper in the world right now, and some of the lots on this next container are getting scores in the mid 90's! We'll also get some more naturals and some traditionaly washed coffees. All and all I'm pretty stoked.

Well wish us luck and… Continue

Jitterz in the News
Well, Kaye B. in my own made-up news...close enough. I’ve got a new coffee blog. Dig it at: Confessions of A CoffeeJunkie. Browse around and check out some of the links to great coffee while you are there! To copy and paste the link into your browser: http://confessionsofacoffeejunkie.wordpress.com

We got a new machine! Long over due, but well worth the wait. After attending the NERBC with my boss, it was obvious that we could use some new equipment. Happily we decided on the simonelli used at competition, and i am glad to say that all employees and costumers are very satisfied with the decision. I thought I used to get excited when someone ordered anything espresso related, but that was nothing compared to what I feel now, pure love!

This blog is dedicated to fellow barista who have unfortunately encountered those customers. Now I dont mean the usual teenage annoyances or the mom who had a bad day or the old man who feels the world owes him special service for his infinite wisdom... I mean the strange habited folk who feel the need to grace the public with their habits that should be kept within the walls of their home.

The exectutives of the shop I've been managing for a year have refused a different coffee than dillanos since I've started. However, recently showing them how much money we could make and save by roasting our own in store has changed their minds. They've left it up to me to find the roaster and source of beans. I want to go direct trade with farms so we skip the political fair trade issue and give more money back to the farmers. Does anyone have ANY suggestions for me or resources?!

I did some more work today on my old single group Grindmaster Espressimo machine. The Espressimo heats the group head with a heating element that encircles the top of the group. Mine went out as heating elements like to do. So instead of buy a new calrod element for about 30 bucks (though I didn't think it would be that cheap), I decided to heat it with steam - more like an E61. I simply extended the copper tubing that went to the vacuum breaker valve and routed through the cavity in the group… Continue

I am closing my business in Bellevue! Complete Coffee Cart and Accessories for sale!

A complete well maintained coffee cart for sale. I am changing direction in my life and business. I am selling everything you need to start your espresso business. I have started Javart Studio in Bellevue Washington 4-1/2 years ago. I am leaving the Coffee Business for a while and concentrating in art and printing business. I have a fully equipped, well maintained coffee cart for sale. I like to sell the whole set up if I can. Call me for more information- 425-269-4326
Coffee Cart is… Continue

See more images from the visit at our Flickr page.

On February 25, I traveled with Norma Alcántara and Dina Córdoba of Coffee Kids’ partner, Self-Managed Development (AUGE), to visit the Chajulense Association of Women United for Life (ACMUV), our partner in… Continue

This isn't really about coffee, just about the people who love coffee.

I have decided to purchase my brother a percolator for his 20th b-day. I know he has a small passion for coffee and worked at this little shop in the pearl. Currently we are sipping some home french pressed K&F organic Sumatran and playing Donkey Kong. Till next time, <3 M. 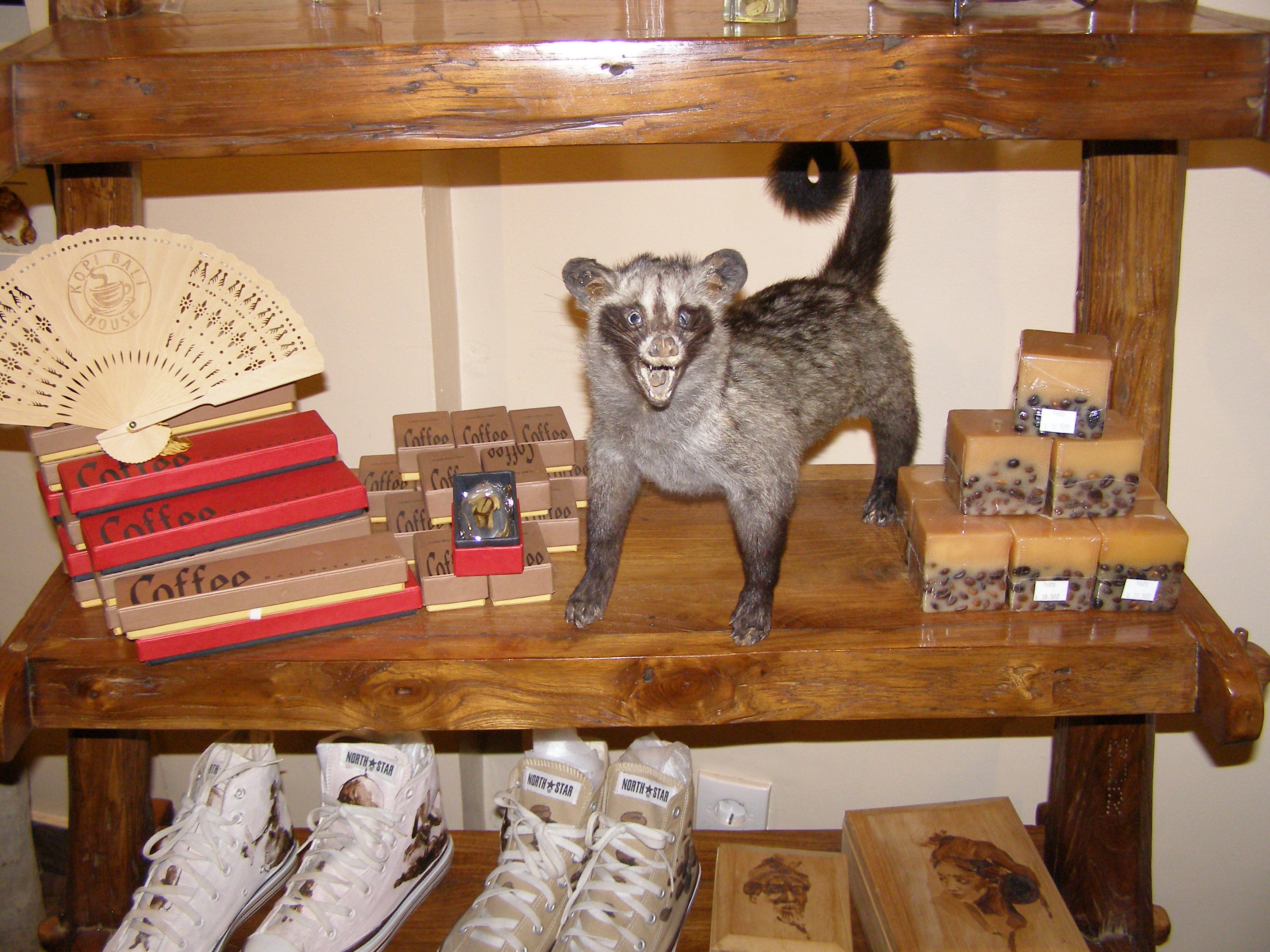 I was recently in Bali. The first part of my trip was packed with travel. First, to familiarize myself a bit with Southern Bali and then to visit the temples of Prabanan and Borobudur near Yogyakarta on Java.
While visiting a friend in Sanur, she told me that the best coffee around was at Kopi Bali. We went there for morning coffee and it was excellent. I didn't have my camera so went back later in the afternoon to take some photo's. The coffee… Continue